Regulation, profitability and diffusion of photovoltaic grid-connected systems: A comparative analysis of Germany and Spain 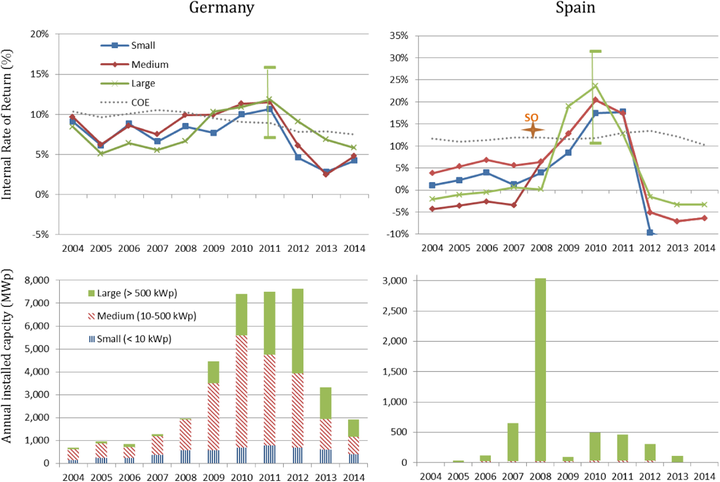 Although both Germany and Spain were pioneers in the support and adoption of photovoltaics (PV) through Feed-In Tariffs (FiTs), Germany is the world’s leading country in terms of installed PV capacity per capita and remains on a path of PV growth while the Spanish PV market is virtually paralysed. We analyse the divergent performance in both countries by reviewing the evolution of FiTs and by analysing the profitability of different types of installations for the period 2004�2014. While in Germany the policies, profitability and diffusion of PV were relatively stable over time, in Spain, erratic policy changes and the distortionary effect of the solar orchard ownership structure caused a diffusion bubble (June 2007-September 2008) and a subsequent profitability bubble (2009�2011). These bubbles led to the collapse of the support system in 2012, revealing the difficulty inherent in designing innovation and diffusion policies in the context of high uncertainty and rapid technological change.